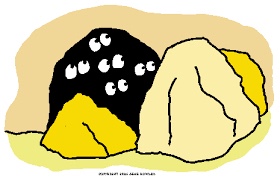 And the light dawns. I mean give it enough time and the sun does eventually peek over the horizon. But man, is it ever scary before that first ray of light hits.

I sat in the courtyard, the sound of children playing floated on the wind from the orphanage across the street, the dust mingling with the constant hint of sewage in the dry air. I sat with my eyes closed, face turned into the warmth of the sun, pen hovering motionless over the page in my journal, and found myself asking God to change my perspective. Again. This has been an ongoing conversation between God and me. I think the better way of saying it is that He keeps inviting me into a new perspective. Sometimes I accept.

I thought a lot about fear sitting in that courtyard last week, looking through the bars of the towering metal fence and sliding gate I had to fully lean into to open and close that surrounded the house we called home while in Juarez. There was no immediate threat, only the vestiges of the drug wars that raged there, and the pain left behind. I looked at the scorched land and knew I no more had a grid for the lives these people lived by visiting for 10 Days than they did mine. I’ve never experienced a physical war, or the psychological war that comes with it. I could never have an intimate understanding of what it means to live through war without walking through it myself.

And like the sun creeping over the horizon, I started to understand. It is impossible to have an intimate perspective on life or love, or war, or anything, until you step into it. I realized I have been asking God for a new perspective without being willing to step out from where I had been to gain it. That lack of perspective is (one of) the cost of hiding, and hiding is what I have spent the majority of my life doing.

If I want to see something in a new light, I have to be willing to step into that light. Then I will see what things look like there. This isn’t always possible. We can’t know exactly what life is like from the vantage point of someone of a different race, background, family dynamic – at times, the best we can do is observe, ask questions, and consider, but one thing is for sure, if I spend all my energy hiding in my cave, closing my eyes to what lies outside of it, it is impossible for me to see things any other way than how I view them from the inside of that cave. This is a highly logical concept. I still missed it.

In that moment, with my face turned toward the light, it began to dawn on me just how much fear had really cost me. I have lived afraid. Afraid to be seen for who I really am, afraid to say what I really think, afraid that I will lose everything I love and need most in the world if I say things the way I really mean them instead of the way that is acceptable to the culture I was raised in.

It’s a normal progression for any child to find identity in the family they were raised in, then to grow up and find identity apart from them. Children that don’t ever leave home never grow up. This counts for kids that physically move away but never emotionally or spiritually grow past the identity they found in their family. For me, it was being the baby of the family. I was perpetually the twelve year old girl in pigtails that always needed saving, always needed help because I couldn’t do it on my own, could never toddle too far from her family’s watchful eye without getting into some deep trouble. I couldn’t trust myself enough to have my own opinion or entertain the opinions of those outside my family, because what if I was deceived? After-all, I always was the naive one. And I lived up to this identity for a long, long time.

For me to step out from being the naive baby into an intelligent, capable adult has been harder than what I consider reasonable. I think so, anyway. I think about all the hard, heart work I’ve done over the last 16 years and how slow it has seemed to be, and how long it has taken. I don’t know, maybe considering what a mess I was when I started, maybe it’s miraculously fast. The point is it has taken my willingness to step out of my trusty hiding places and begin to take the risk to connect with other human beings in a totally uncertain world. Well, the only thing I considered certain was that I was certainly going to be deceived and obliterated by it. And sometimes I was. But what I have come (ever so slowly) to understand, is that I have no hope of having new, fresh perspective without setting foot out of my old, safe hiding places into those new, fresh places. I have no hope of knowing what I really think about anything if I won’t let myself consider things from a new angle. So sitting there in the dust with laughter ringing in the air, I took God up on his invitation and the adventure begins.

Its always darkest before the dawn – so they say – and the risk comes from the hard reality that you just have to step into that dark, unknown place before the light begins to dawn there. But this is the promise – the light will dawn, no matter how dark the night before it. And the hope is that as the light rises over this new country we will look down to find the tools are in our hands for the adventure that lies ahead.

“I have come home at last! This is my real country! I belong here. This is the land I have been looking for all my life, though I never knew it till now…Come further up, come further in!”

2 Replies to “Hiding in caves and other stupid things we do.”